Tricksies Party (formerly Trick or Treat Squad) is one of the Halloween-related events in Bubble Witch 3 Saga. This event is available only on mobile versions. 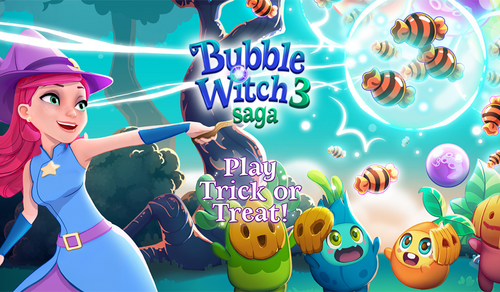 Spooky, funny and magical things are coming in Bubble Witch 3 Saga for Halloween! Bubblific! Meet these mighty and mysterious masked creatures. The Tricksies They are magical beings that live in the forests. They really love candies and sweets, and sometimes they try to mess with anything they can reach. It’s Trick or Treat time. 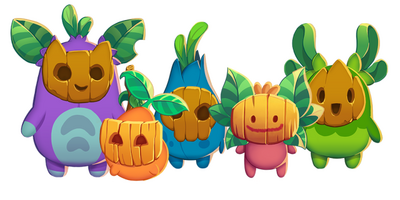 Trick or treat will be a time limited event in Bubble Witch 3 Saga during the days around Halloween. Some Tricksies will be visiting us for a brief time. Make sure you walk by and say hi! You will be able to unlock it at level 22 and you can find it in the left menu of your screen.

As you may well know, Tricksies love candy and sweets! There will be a counter that will show how many delicious candies that are left for the chest to appear. To collect candies, you need to complete levels. Candies will be placed in some of the bubbles inside the level. Pop them to collect the delicious sweets! Win the level to add these delicious treats to the progress bar.

As any other Bubble Witch 3 adventure there will be flames instead of lives. Flamecounter will show how many flames you have. Try burning through them wisely!

The Tricksies want sweets! Help them to get the candies! Good Luck!

When you satisfy the cravings for candy of the first Tricksie. You will be paired with 4 other players to form a team! It’s time for multiplayer.

As team of 5, you will need to collect sweet candies to fulfil the needs of that small creature. A bar will show you the team’s progress. There will be a timer! Try to fill it before the time runs out or your team won’t be able to complete it.

If you have any candy from other players, a candy bubble will appear on the play button.

Whenever you lose a level you can send all the candies you collected to any other player in your team so they have a chance to get them in his/her next level. However, it’s always all your candies, you cannot pick how many you want to send.

Every player can receive up to 4 special candy bubbles. 1 from each of the other players in your team. You can decide which of your team members you want to send it to. 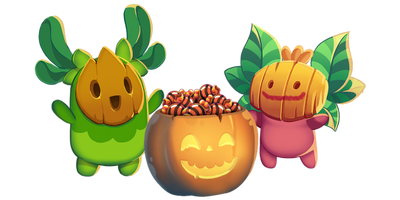 When this event finishes, you will be able to claim for a magical reward. Magic prizes! Bubblific! 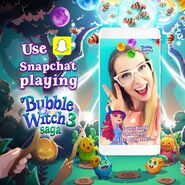 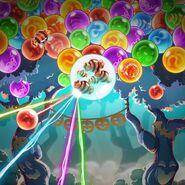 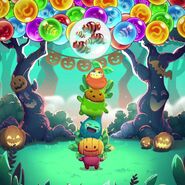 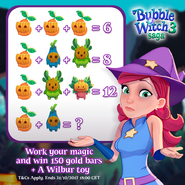 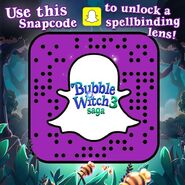 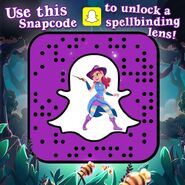 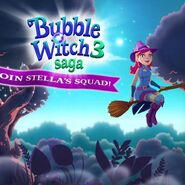 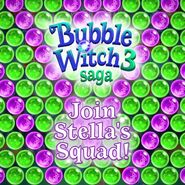 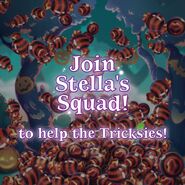 Add a photo to this gallery
Retrieved from "https://bubblewitch3.fandom.com/wiki/Tricksies_Party?oldid=14652"
Community content is available under CC-BY-SA unless otherwise noted.